We recently went to Disney for 3 1/2 days. I only carried my camera for one of those days, because when you’re walking for eight miles a day, the last thing you want is more things to carry.

I didn’t take very many photos–I was too distracted. However, these are a few of my favorites. We gave the kids each a souvenir budget, and most of these shots are capturing what they bought. R2D2 Mouse Ears for Xander and Griffin, a new t-shirt for Max, and a bow necklace for Aubrey.

This was my third visit to Disneyland, and they got me this time. I was not a convert before, but now I think I’m going to have to go back every few years, which is really going to be a pain in the ass.

David and I just celebrated our 14th wedding anniversary.

Point being, this quote resonated with me when I read it, because I fell in love with my husband with the

first kiss that first day. It was shocking, to be honest. I was just 19 and had just gone to college, and here I was, a girl in love with this guy. However, I do expect it to keep on going through my life. My love has a very good track record.

I have a thing for spikes.

My perfect outfit is one that makes me feel like I could kick someone’s ass. Granted, this usually involves heels, and those are only ass-kicking gear in movies and male fantasy–and my wardrobe, apparently.

But, beyond heels and a lot of black, it can also involve spikes. Because what else says “I can kick your ass” like spikes?

These are some spike earrings I found while exploring Etsy. I could rock any of these pairs happily. Give me these and a studded jacket and I’d be out the door.

I started out with just a few things from Walmart: a simple white fabric shower curtain and two bottles of fabric paint in dark grey.

Then it was just a matter of using a quilting ruler and a pencil to draw the lines. If I wanted to be exact about it, I could have used painter’s tape. Instead, I free-handed it, and it has a lovely, almost street-art feel to it, with a lot of “mistakes.”

The finished project hanging in my bathroom:

A close up of the painted lines:

Oh, and a quick before and after. I like the openness the new curtain brings, and the variation in scale as compared to the tiles.

I’ve been listening to a lot of music lately. Specifically, musicals, but that’s beside the point. Because I love language, music has always been more about the lyrics for me in a way. Give me a clever lyric, and I almost don’t care about the melody. However, I’ve been trying to listen more deeply–listening for the beautiful complexity that’s created by the weaving of the words with the melody and harmonies, the interaction between the vocals and the instrumentals, the interplay of the rhythms and the dynamics.

So often, we’re told to find the beauty in the simple, and while that’s true, there’s beauty to too in the complex. I love looking at a leaf or a blossom from my cherry tree and seeing the complexity of each vein and cell; the chaotic order than nature imposes on life. What at first may look simple may be in reality much more complicated.

I’ve never been one for keeping it simple. It isn’t in me. The routine of my life is simple. I wake up, I go to work, I come home, I check Facebook and Tumblr, I might go to theater rehearsals or work on a project, and then I go to bed. But it’s the complexity of these activities that make them fresh day after day. It’s the challenge of learning my lines or teaching myself a difficult new lace knit stitch while I watch Gilmore Girls again or deciding that I am going to sew my own Edwardian costume for my current show that keeps my life from feeling stale.

I’m not afraid of failing at a complex task. I fail, I learn, I master. And it’s the feeling of accomplishment and satisfaction I get at the mastery of whatever I’m doing that drives me to my complicated hobbies.

In the day to day, I’m occasionally too hard on myself for failing to keep it simple, stupid. But, maybe I need to stop. Maybe I should appreciate those moments of complexity and the beauty found there. Maybe some things are better when they’re complex. 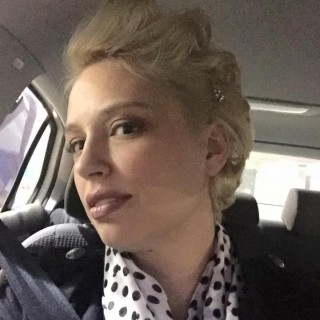